What started out as an annual summer event at Camp Assiniboia, just west of Winnipeg, has expanded into a three-day showcase of music, visual art, and literature centering on a common theme: the multifaceted character of the Mennonite identity. Mennofolk Manitoba 2006, running from Feb. 24 to Feb. 26, kicks off Friday night with a free art exhibition and concert featuring musical guests Cassette, Bucky Driedger, and Flying Fox and the Hunter Gatherers, at A Label For Artists. An addition this year is an evening of folk music, poetry, and short films on Saturday at Canadian Mennonite University. Capping the weekend is a Sunday-night concert at the West End Cultural Centre featuring The Chris Neufeld Band, The Secondhand Pants, Knackzoats, and Grandy.

So popular has Mennofolk been in the past two years that a third day has been added for 2006 to accommodate the sheer volume of talent taking part. “Mennofolk is just one more way to locate music in a meaningful and helpful fashion,” says Mennofolk Manitoba Committee member Jeff Friesen, also a member of Cassette. “With Mennofolk, we are able to celebrate those artists who have some association with the Mennonite community and see how that association impacts the art they do.” Committee member Karin Kliewer stresses that, while it is indeed largely the Mennonite community that is being spotlighted, the intent is to present it as an open-ended model. “We’re not trying to say, ‘See, this is what Mennonites are all about,’” Kliewer says, adding that there is a great diversity of identity among those who call themselves Mennonites. “For the general public, Mennofolk need not be thought of as a sneak peek at Mennoniteness or something like that,” says Chris Neufeld, who emphasizes that “the Mennonite community is not static and unchanging.” Kliewer adds that organizers want to provide Mennonites a safe forum to express themselves on a more individual basis, whether it be in a religious, ethnic, cultural, or artistic sense. Likewise, Neufeld says that he appreciates Mennofolk for the way it affords young ‘mennofolk’ an outlet outside of what are “arguably debilitating church confines,” while still fostering a sense of community. “I feel now that there is a fairly large demographic of young Mennonites in Southern Manitoba that no longer relate to the Mennonite Church, but may still identify themselves as Mennonite in some shape or form,” Neufeld says. “I fit into this demographic.” The end result, says Kliewer, is that Mennofolk is a chance to expand understanding of Mennonite culture – for both Mennonites and nonMennonites alike. 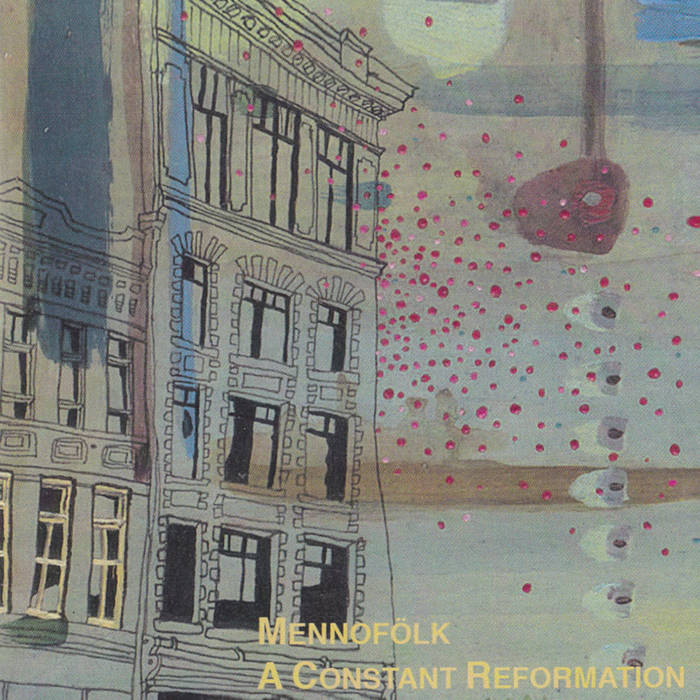 Listen to Aaron and the Apostles 'Straight Outta North Kildonan'